About the Libertarian Party 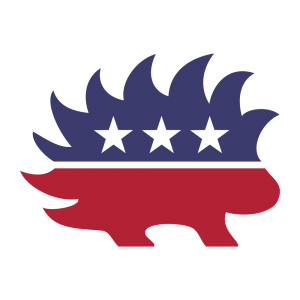 The Libertarian Party is the third largest political party in the United States. Libertarians strongly oppose any government interference into their personal, family, and business decisions. Essentially, we believe all Americans should be free to live their lives and pursue their interests as they see fit as long as they do no harm to another.

Principles and Values of Libertarianism:

As Libertarians, we believe the following Principles in drafting, conceptualizing, or implementing any type of public policy: 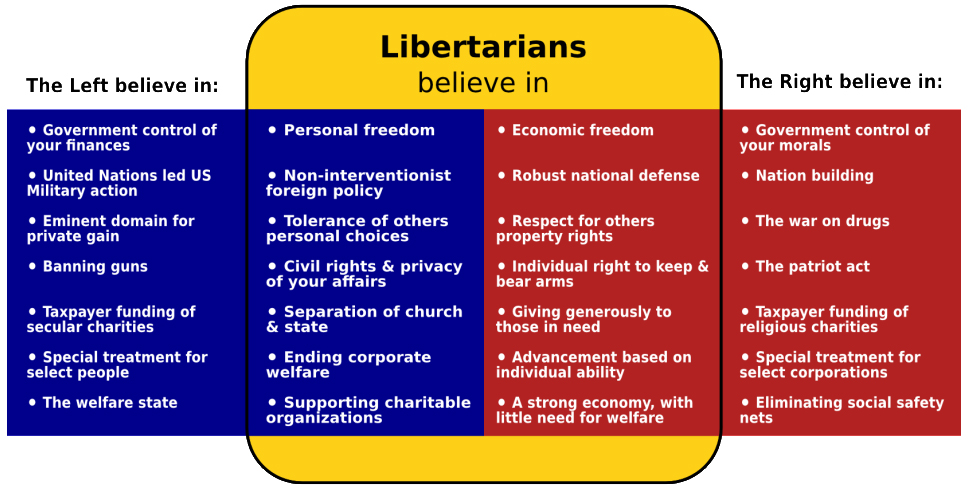 Libertarians strive for a free, peaceful, abundant world where each individual has the maximum opportunity to pursue his or her dreams and to realize his or her full potential.

The core idea of Libertarianism is simply stated, but profound and far-reaching in its implications: Libertarians believe that each person owns his own life and property, and has the right to make his own choices as to how he lives his life, as long as he simply respects the same right of others to do the same. Another way of saying this is that Libertarians believe you should be free to do as you choose with your own life and property, as long as you don’t harm the person and property of others.

Libertarianism is thus the combination of liberty (the freedom to live your life in any peaceful way you choose), responsibility (the prohibition against the use of force against others, except in defense), and tolerance (honoring and respecting the peaceful choices of others).

Liberty is one of the central lessons of world history. Virtually all the progress the human race has enjoyed during the past few centuries is due to the increasing acceptance of free markets, civil liberties, and self-ownership.

Our goal as Libertarians is to bring liberty to the world, so that these wonderful and proven ideas can be put into action. This will make our world a far better place for all people. We hope you will join us in embracing this ideal ? and in taking a stand to personally bring about a world of liberty, abundance, and peace! 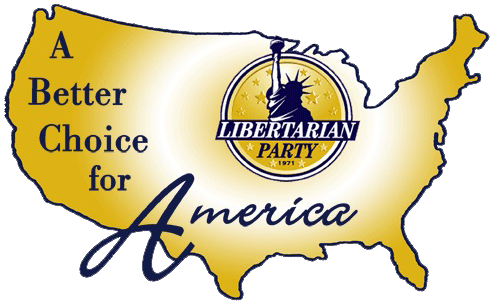 David Nolan and several other friends got together in the summer of 1971 after Richard Nixon announced to the public the implementation of wage and price controls, which removed the gold standard and allowed the government to impose inflation easier. Along with the ‘illegal’ Vietnam War, loss of fiscal conservative direction of the Republican Party and the socialist directions of the Democrat Party, the group started the think tank to come up with a better political solution for real limited government and individual freedom.

The group had many preliminary meetings in Westminster, Colorado and decided to start sending letters across the country to libertarian minded people.

After receiving overwhelming responses on December 11, 1971, David Nolan and seven other friends met at the home of Luke Zell in Colorado Springs to officially form the ‘United States’ Libertarian Party. The group held a press conference early the following year to announce the new “Libertarian Party,” which amazingly the mass press welcomed.

Thus, Colorado is the Birthplace of the Libertarian Party.