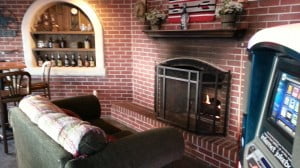 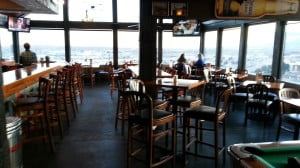 Due to the original location being closed, this RPP was relocated to the Sunbird restaurant which has an impressive view of Colorado Springs, an? inviting bar and fireplace lounge, decent happy hour up to 7 pm,?and impressive patio for warmer weather. New visitors were Shawn and his nephew, and returning attendees were John, Sasha, and Tim.

The underlying theme of most conversation was how to inform the public about the Libertarian party. The general opinion is that most people are finding the LP online, which most likely means people are actively looking for the LP.? Other forms of publicity are needed to get the attention of people not actively seeking out the LP. Recent Gallup polls ( http://www.gallup.com/poll/15370/party-affiliation.aspx?)?show that 44% of the sample identified as independents, and are split fairly evenly as “leaning” left or right. The independents could be a large pool of potential new Libertarians.

Other topics touched on the Affordable Care Act (which few people seem to think is very affordable) a.k.a. Obamacare., brief comments of the legalization of marijuana, and libertarian stereotypes.

The bar-lounge of the?Sunbird restaurant turned out to be a nicer location that everyone enjoyed, we’ll try it again